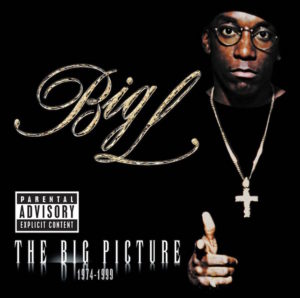 “Yo, pay attention. And listen real closely how I break this slang shit down.”

Not me. That’s the opening of the great song Ebonics by rap legend Big L. If you don’t know who Big L is there is nothing I can tell you that would compete with simply listening to his album The Big Picture. Big L was a master of his skill.

What he did with this particular song is not only important for rap and music, but history. If you have ever wondered what street slang sounded like in the late 1990’s, then this is where you should start. Not only will it give you a breakdown of what slang terms meant what, he even sends you to other songs to hear more (“Mobb Deep already explained the meanin’ of shook”).

This brings up something accidental, but extremely important. It’s something that’s missing from most movies and TV shows, because they’re written by writers. This gives a real look into what actual people on the street would say. Big L wasn’t a superstar. He was up and coming, but The Big Picture came out after his death (shot in a drive by, apparently related to a friend or his brother’s criminal dealings). He was speaking from the heart and telling us what he heard and knew, literally from the streets.

Wait, he wasn’t homeless. I hope that’s not the idea you’re getting from me saying on the streets. As I mentioned, his brother or friends were the reason he was shot. He was surrounded by people that spent their time hanging out on street corners. Not that there’s always something wrong with that, but when you’re doing it everyday and selling drugs from that street corner, then it’s not the best thing.

What I mean by all of this is that Big L, whether he knew what he was doing or not, gave us the most comprehensive look into how people were speaking in Harlem in the 1990’s. It’s an amazing piece of history that should stay with us forever, simply for the educational value.

I am in no way joking about this as an educational tool. It’s important to know how people lived and acted during certain times. When the information is written it’s great, but when the information is told to you from the source with a really good beat going in the background, it’s even better.

Now you may be saying something like “hey, dummy, all songs have slang and the such.” Which is true, but this song is the difference between watching a documentary with interviews and watching a movie written by someone who sits in a coffee shop all day so they don’t spend their time constantly masturbating at home. (Yes, that’s why people write in coffee shops. There is literally no other reason and anyone that tells you different is lying. – p.s. I’m not in a coffee shop. *wink*). There’s not much that’s actually real in written material, because you’re always working to make something interesting, not real. Ebonics is completely raw, and completely real.

Anyway, back to my main point. Big L and the song Ebonics is amazing. It’s amazing for music, it’s amazing for putting a clean verbal stamp on a time and place in history, and it’s amazing that it’s still just as good as it was the first time I heard it.

If you don’t have the album you can get it here. If you just want to buy the song grab it here.