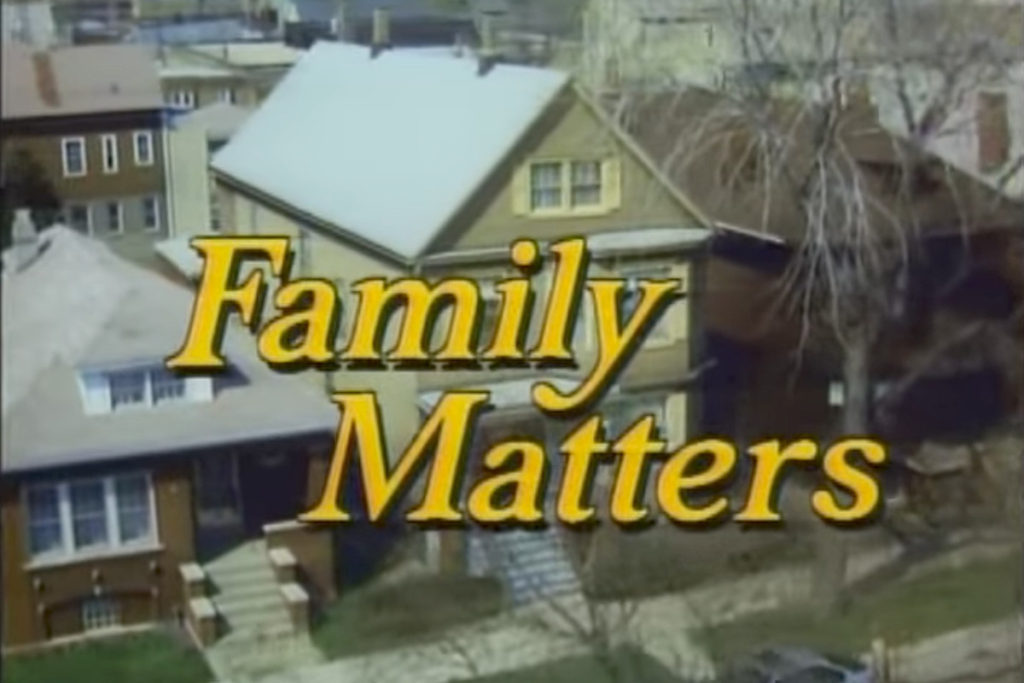 Family Matters was a fun show that aired started in 1989 and ended nine years later in 1998. It was about a family that was harassed by their over the top nerdy neighbor named Urkel. He was only trying to do good, but he always ended up screwing things up and making the audience go “aww” because he would explain away his creepiness.

I used to watch the show, as many others did. It wasn’t bad at all. I don’t remember it too well, and I’m not going to sit down and watch an episode anytime soon. But I do remember enjoying it at the time. I was, however, a child during those years, so it could be because of that. I don’t know and I’ve already told you that I’m not going to watch an episode to refresh my memory. Ain’t nobody got time for that.

What I did do, though, was rewatch the opening sequence. I forgot how good it was, especially in the seasons where they had Buffalo Bill. He was a great addition to the show and helped make Urkel look less creepy and more normal. It was an interesting adjustment, but it worked on a few different levels. At least I think it did.

So what was your favorite episode of Family Matters?