My new obsession: Highway Thru Hell 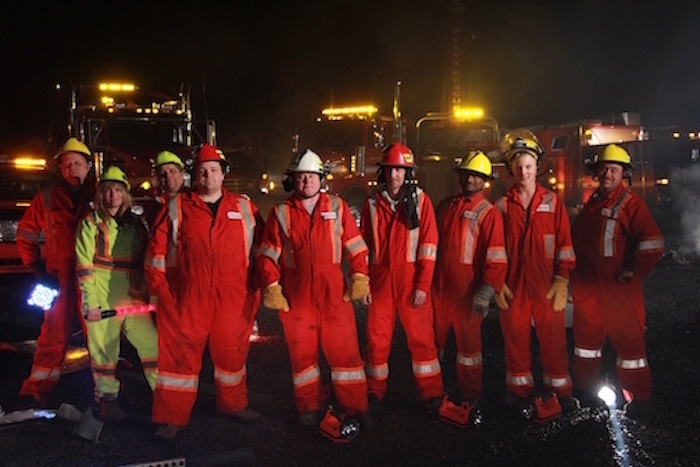 If you’ve seen Highway Thru Hell then you already know what’s up, if you haven’t, get ready to be let into the world of big rig crashes.

Jumping forward a couple of decades the internet has taken over the police chase and car crash videos. World’s Wildest is long gone, along with the many copycats (maybe its was a copycat itself? It’s not the most original idea in the world), and TV has changed into unrecognizable categories. There are hardly any written TV shows, but there are tons of “reality” ones. I say “reality” because if you reshoot, or have a writer on staff, than you’re not really filming reality are you? Shit, if you’re in a house full of people with one person set to win a prize it’s not reality, it’s just a game show. A really invasive game show full of needless drama. Anyway, in this time of peril most people have decided to either give up, or fall in. I’m on the edge. I don’t have cable or satellite, but I have Netflix and Netflix has a bunch of “reality” shows.

The one that’s caught my eye recently is this awesome show about Canadian big rig clean up crews. They roam the highways during winter and pull out the crashed vehicles along the road. There’s always some big crazy wreck that they have to clear up off the highway otherwise the whole country is going to shut down (that’s how they want to make you feel, at least). In reality, I’m sure there’s tons of down time mixed with bouts of extremely intense work. No matter how fake “reality” TV might be, these guys still have to complete a job that require lugging around huge chains. Once they’re done chaining up the rig they head back to the truck and move the levers, pulling the crashed semi free from the side of the road.

What I think is going on here is that no matter how many options are available, if I have the chance to watch large equipment being used I’ll take my time to watch it. It’s awesome stuff that I won’t have access to seeing in action in real life. Even if I did, would I really want to sit around for the 4 hours it took to pull the thing out of a ditch? Probably not, but I will watch it when it’s edited down to a 5 minute segment complete with voice over.

Another great part about this show is their accents. These guys are all deep Canadian’s that have lived their for life. They have the good accent where they always sound nice and friendly. This makes fights on the show the best type of fight. It’s like watching toddlers yell. No offense to the guys, I’m sure they could kick my ass, it’s just that they have the accent of a softie. Nothing they can do about that.

What got me writing this is an exciting episode I watched recently where a mail truck had crashed down a riverbank. The mail was close to being lost, the crew was their and ready, but the mail delivery company (not USPS at this time) didn’t want to pay for it upfront, and the tow truck guy wasn’t planning on fighting for a payment, so he gave up on them and left. The show stayed with the truck as another crew came in to lift it out. They didn’t have the right equipment and things got hairy fast. I won’t lie, I was hoping they would lose the trailer so we had some real excitement on the show, but it didn’t happen. The guys broke a few lines, but were able to get the truck out without many problems… well, they almost lost a truck in the process, but you know how it goes. Those guys probably have their trucks pulled into huge valleys on a regular basis.

If you’re interested in checking out the show it’s on Netflix right now. I don’t know what channel it’s regularly on, but I would assume it’s one of the “learning” channels. “Learning” channels are full of all sorts of “reality” TV, so it would make the most sense.

OH, fun observation about this show. It breaks the 2 second rule of reality TV shows. If you watch a reality show on TV try to count to 2 during a shot. On most all shows you won’t be able to get to 2. The edits are so quick and punchy that once you realize it you can’t stop seeing it. It will make the shows more annoying, so sorry for that, but it is an interesting thing to notice. 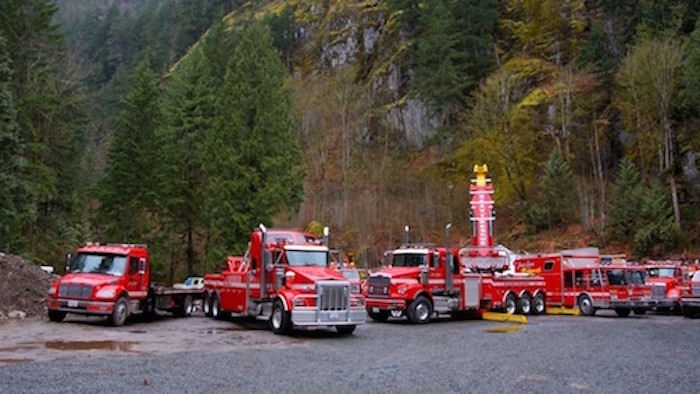 *No I’m not paid for this, It’s just what I’ve been stuck on lately.