Parked In: The Final Frontier

Walking out to your car in the morning and finding that it’s been parked in is possibly the worst thing to ever happen. I have had it happen to me one time. For whatever reason someone decided to park in the red behind my car, and as close to my ass as possible. I had was driving the Impala at the time, which is big, so I had already taken up the full legal spot. Squeezing up to me did nothing but make them a complete asshole on top of parking illegally.

This happened in the morning. I am the first to tell people that I am not, in anyway, a morning person. Well, it’s not so much the morning as it is my wake up time. I need wake up time. I don’t drink coffee or much caffeine in the morning, normally just water, so it takes a while. Because of this, I can be a real dick sometimes. Finding out my car was parked in when I needed to get to work was one of those times I was a dick. I already mentioned that it was an Impala, what I haven’t said was that it was a hand me down that went from my grandpa to my older brother to me. I hopped in the car, put it in reverse, and let my foot off the gas. BAM. I connected. I moved forward an inch or two, then did it again. Reverse, no brake, BAM. I did that until I made it out of the space, which I did without touching the car in front of me (there was an OK amount in front, tight, but everything would have been fine if I wasn’t parked in from the back – and they were at the front of the space, they had all the space in the world.)

So that’s my story about being parked in. It’s only happened the once. I don’t have a car that I would ram into another another, but it worked out that at the time I absolutely did. Since this incident I have had an eye for spotting cars that have been parked in. Which I assume you will find not at all surprising for someone that lives in Los Angeles, THE home of cars and dummies.

While walking around I happened across this poor car. Tightly parked on the non-street sweeping side of the street (I’ll do a whole post about bullshit street sweeping the next time I get a ticket) they had done a nice job to leave a bit of space behind them in case another compact car needs to park. Keep in mind, I said compact, as in small. A small car could squeeze in, OR, a jerk in a midsize car could push in tight and make sure the car never moves. Obviously there’s going to be a jerk in a midsize car coming in much sooner than there would be a person in a compact, so that’s what happened. A jerk in a midsize got out of having to walk two extra blocks (residential is two blocks away. There are always spaces there.) and was able to ruin this other person’s morning/day. 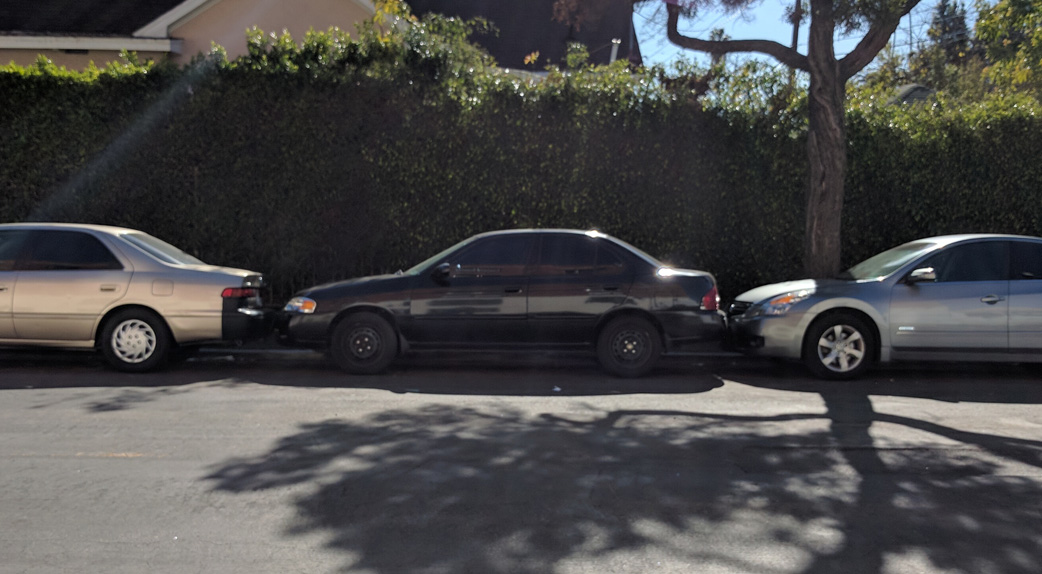 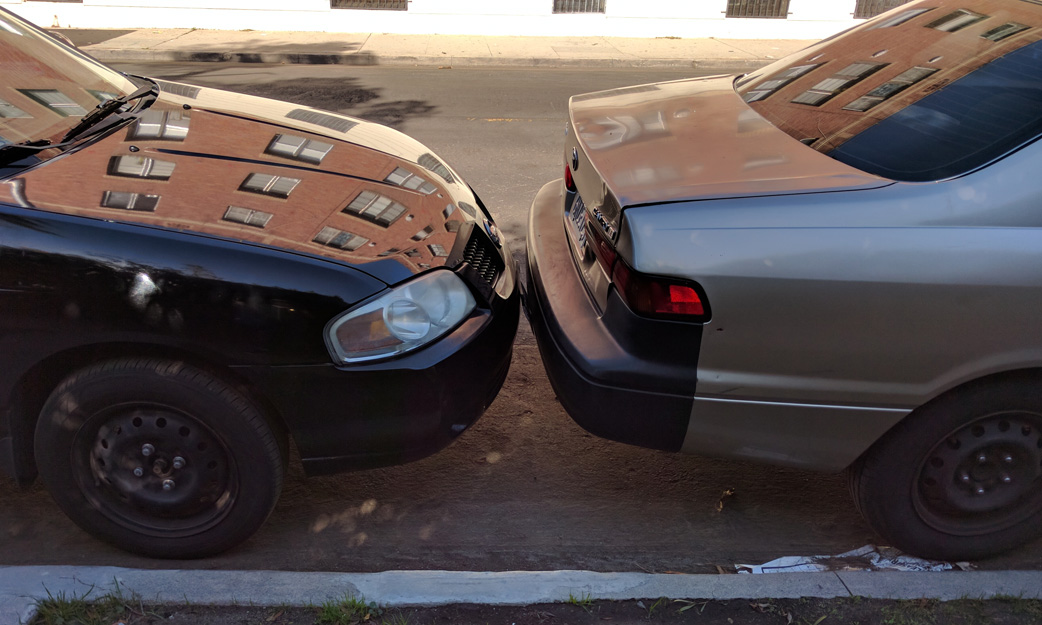 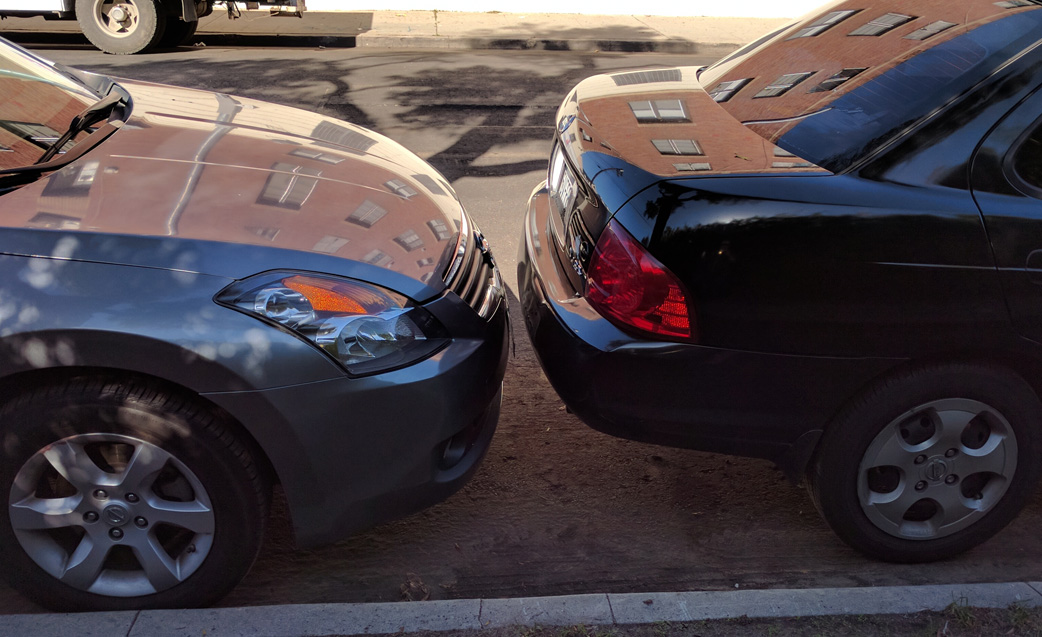 I walked past it again about an hour later. None of the cars had moved. Not like the black car had a choice, though.