Bicyclist Gets Hit By Car 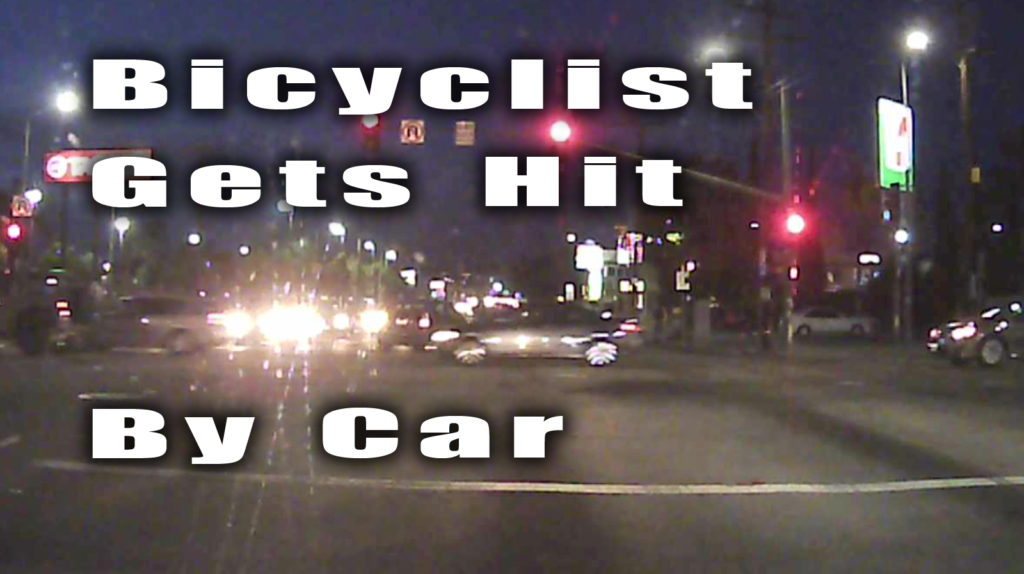 Biking in a city is a dangerous task, especially at night, and extra especially in a city that’s car centric, such as Los Angeles.

On this particular day the ol’ camera watched as a bicyclist was crossing the street and hit by a left turner. If you watch the video (strongly suggested you do. Also, you clicked on this because of the video so it would be a waste of time not to, now) you will notice that the driver turns pretty sharp, making a straight line for the street and extending how long anyone in the crosswalk would disappear. Not the best move. While this happened, it looks like the biker was simply watching in front of him and not looking around. As I said, biking in a city is dangerous. You need to keep your head on a swivel.

He was OK after the incident, but never contacted me for the footage.