Police Chase Passes on the Freeway 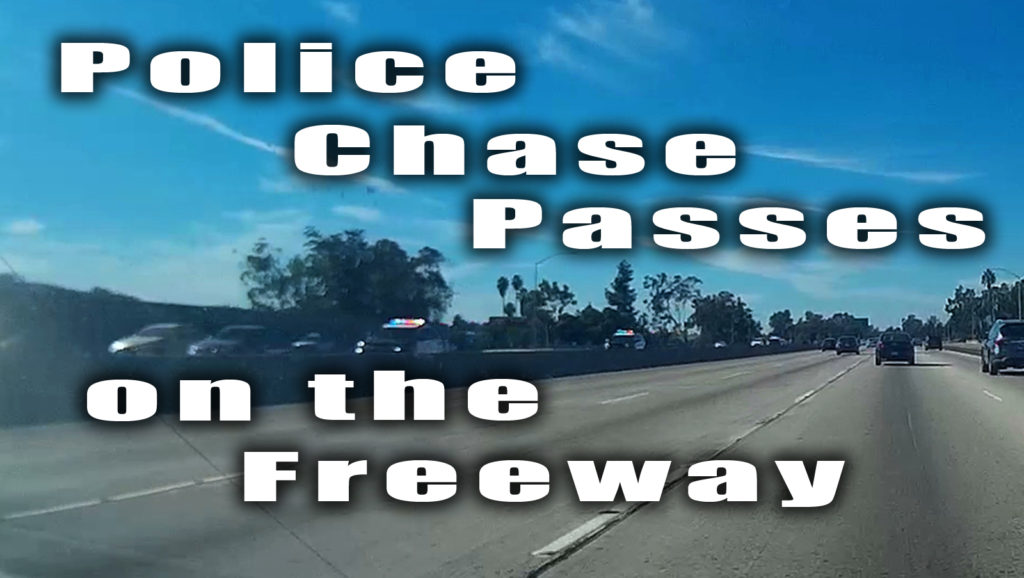 Living in Los Angeles means that car chases are a part of life. They happen all the time all over the city. However, this city is huge. The chances of you ever seeing one of the car chases are very slim. Even so, there are people out there on the freeways with the car attempting to escape the police, so it’s going to be seen by many.

Lucky me, I got to be one of the people on the freeway when the chase passed. It was what I believe to be the second police chase I’ve seen. I’m pretty sure I saw the ending of one once, but I was passing it from the other side of the freeway and couldn’t really tell what was going on. That’s why this is probably the second chase I’ve seen, but it’s the first confirmed chase.

What had apparently happened was the person in the car (a guy) was driving a stolen vehicle. When the police tried to pull him over (for an unknown reason) he decided to test his luck and lead them on a moderately paced chase. He was traveling around 85 mph on the freeway, which… well lets just say I didn’t notice a speeding car at all. In the end, the driver was involved in a collision and extremely short foot chase. As with 99.999% of all chases, this guy was busted and spent his Thanksgiving (this happened on Thanksgiving day) in jail.

Here’s my video of the car and police passing me:

And if you would like to watch a recap of the chase starting from the point they passed me you can see that here: