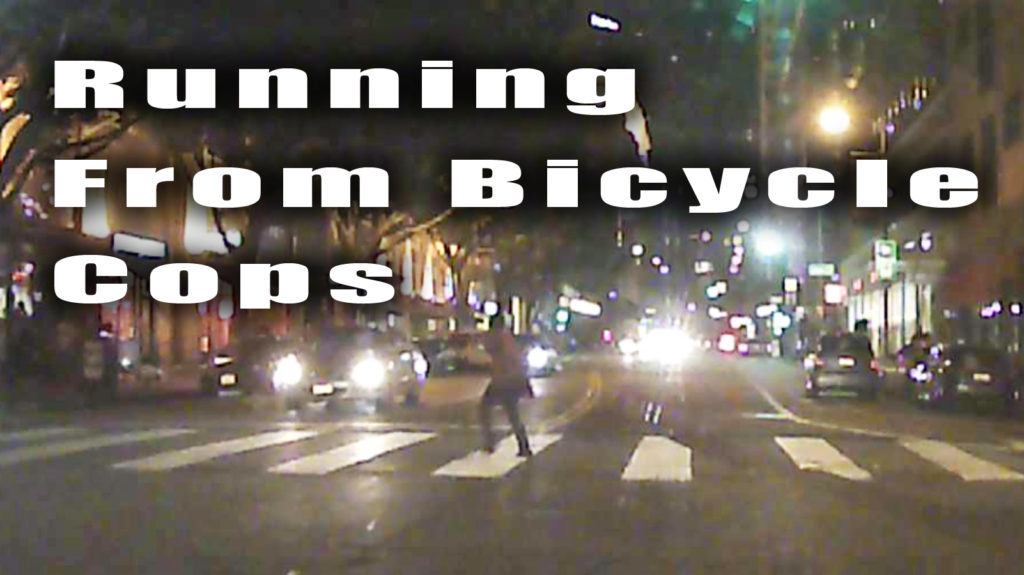 You know how it is. Sometimes you’re hanging out downtown, shirtless, and decide that this is the moment to mess with some bicycle cops, then run into the street. I can’t tell you how many times I’ve been in this situation. Lucky for me no one had a camera to capture it. I know it’s something we’ve all done, but no one ever wants to get put on blast for doing it. Then again… I’m kind of the one putting this guy on blast for doing it…

Whatever, the point is the future sucks and there’s no privacy. Sure, I’m part of that loss of privacy, but what is privacy anyway? Some BS word for wanting to be left alone. No one should be left alone these days. We’re long past the year 1984, which was the year we were supposed to be in a utopia. At least that’s what the book made it sound like. I mean, there should be thought police. No one should be able to think negative things about brands or corporations. They are gods, after all. They deal in money for christ sake. Money is the king of kings. The root of all happiness and joy. The point to life. The key to the world. The best part of everything. Yeah. Money is good.

What in the hell am I talking about. This was supposed to be about a guy who’s running from the bicycle police in downtown Los Angels, yet here I am going off on how fantastic our lord and savior money is.

I guess I just have the spirit burning through me.

Alright, without further talk about glorious money, here’s the video of the dude running from the bicycle police in downtown Los Angeles.

OH CRAP! I forgot to set the stage. Well the stage was that he came out of nowhere really, and did all of this in front of the camera. I hope that last little bit helps you enjoy the video even more as you watch it a second or third or 50th time.