How To Drive in Los Angeles Vol. 20 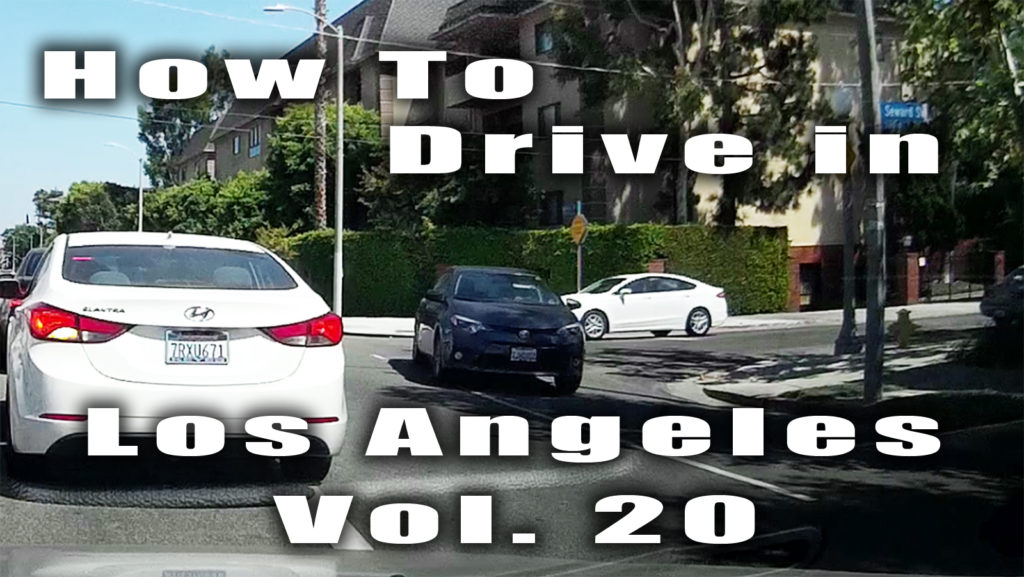 Wow. Number 20. There are now 20 volumes of terrible driving by the best bad drivers in the world! Well, 20 from me at least. There are other cammers in Los Angeles. However, I think I beat most of them to the game. Yes, I am tooting my own horn. I started camming with a GoPro. I used the flat mount they give you with the purchase and set it on my dash. Sometimes it would slide off the dash. Then finally I went and got a real dash camera. I think I’ve purchased three of them now, and I was given another. Yeah, I’m one of those.

In that time I’ve seen some exceptionally terrible driving. Unfortunately not all of it has been caught on camera. Sometimes it’s just off screen, doesn’t translate because of the wide angle lens, or is too far away to see. Once in a while it’s something awesome, but most of the time it’s only an attempt to t-bone me in some way only a jackass could think of.

Driving in Los Angeles really isn’t as bad as it seems. We have more traffic than ever before right now, so you can’t move too fast anyway. When you do get moving you need to keep your foot over the brakes, because you will be using it soon once slows down again. With that in mind there is one thing that I would challenge our general public against almost any other general public with and that’s spacial awareness. So many of these dumbass moves require knowledge of the exact length of your car and the exact amount of room you’re moving into. Once you (as a driver) break and give up on caring if someone cuts you off or not, you will be amazed at how precise some of these moves are. They are pretty impressive.

Well, lets not keep you waiting any longer. Here is How To Drive in Los Angeles Volume 20: