SUV Cuts Off Truck (trying to get hit?) 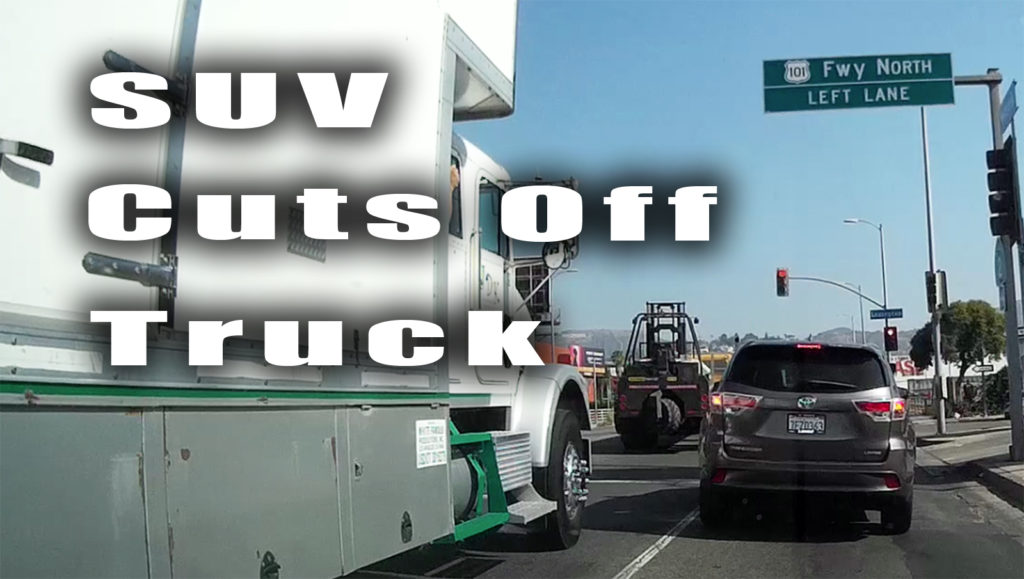 Some people hate their cars. I can tell because they pull moves like this person did. I caught her (or a feminine guy) pretty much trying to get their car hit by a large truck.

I had that feeling something like this was going to happen as I pulled up. You know how sometimes you see a situation and you feel something coming? Well that’s what I had happen here. Who knows, maybe it was just because the person in the mini SUV was riding the line pretty hard next to the truck. I don’t know. I was only half there. I like spacing out while driving. Thinking about other things. Daydreaming. Looking around and counting clouds. You know, stuff like that.

Whatever the reason may have been, I knew something was a coming and I prepped my belly for a good laugh. You see, trucks are big freakin’ vehicles with bad visibility. When someone gets in front of them they may or may not see them. It all depends on how far away from the front of the truck the car is. If you’re a small car and only 10 feet away you might be ok, you also might want to think about speeding up or changing lanes, just in case. This dummy just assumed they were seen because their car was in front of the truck. That’s the making for a funny crash video as the truck never realizes they’ve crashed and drives on for a block or two. I’m ruining the video for you right now and telling you there was no crash, but it would have been great if they did.

So watch this video and don’t ever do this. It’s stupid. Also, don’t daydream. That was just a joke you upset kid of a helicopter parent.