Bicyclist Gets Clipped By Car 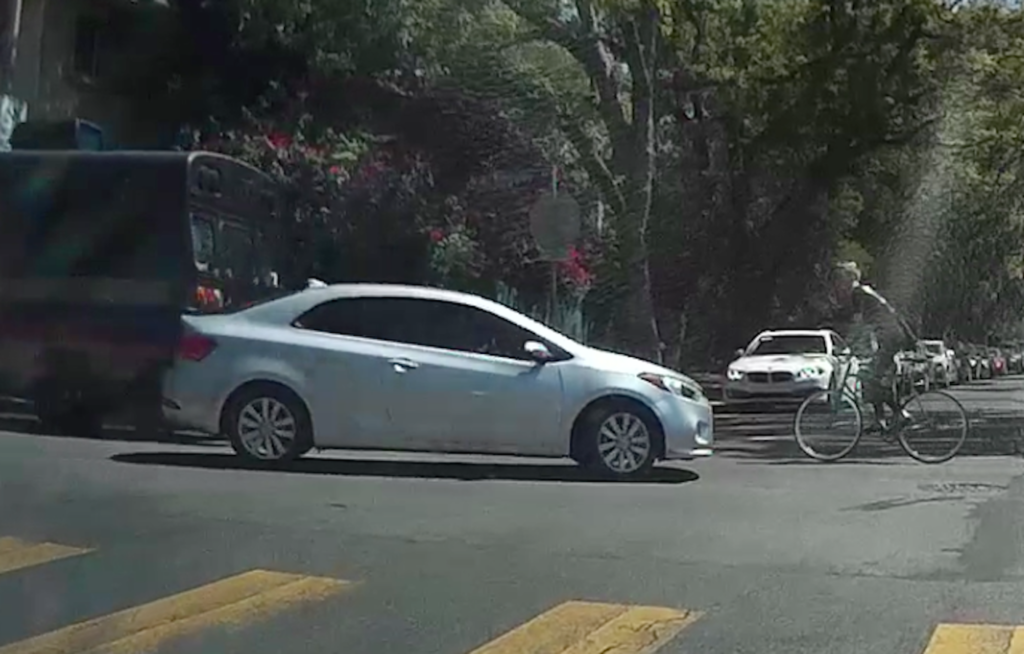 Getting hit by a car is no good. I haven’t been hit by one… yet, but I can tell that it’s not a fun adventure.

I’ve seen two bicyclist get hit by a car. The first one happened at night and the bicyclist was blocked by the drivers a-pillar. You can see it here, if you’re brave enough to click the link… It was a bit worse than this one. However, this one has something special in it. You see, bicyclists love to ignore the rules of the road and barge on through intersections. I see it all the time, it’s amazingly stupid. Even with your helmet on my car will win the fight every time. No question. A large truck might not even notice they hit a bike and continue driving. The rules drivers abide by aren’t called “rules for drivers,” nope. They’re called the “rules of the road” and anyone using the road is supposed to follow them. However, many bicyclists ignore them. This video stars one of the bicyclists that ignores the rules.

It’s the same as if a car had followed the truck without stopping at the sign. This bicyclist assumes the driver is going to see him as he pushes into the intersection, but that’s not what happened. The driver couldn’t see the kid, and was going pretty fast. Not cray fast, but their car clearly has more power than mine.

I don’t want to give much more away, so I’ll leave it at that and let you watch the incident unfold.